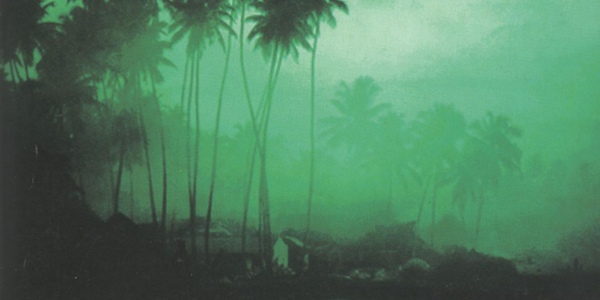 “For maverick LAPD homicide detective Harry Bosch, the body in the drainpipe at Mulholland Dam is more than another anonymous statistic. This one is personal…because the murdered man was a fellow Vietnam “tunnel rat” who had fought side by side with him in a hellish underground war. Now Bosch is about to relive the horror of Nam. From a dangerous maze of blind alleys to a daring criminal heist beneath the city, his survival instincts will once again be tested to their limit. Pitted against enemies inside his own department and forced to make the agonizing choice between justice and vengeance, Bosch goes on the hunt for a killer whose true face will shock him.” (via Goodreads) 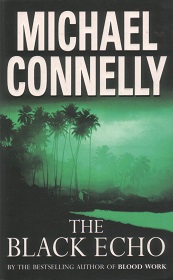 As much as I love dumb procedurals – give me all the Hawaii Five-O and Criminal Minds you got! – I don’t normally read crime fiction. Last summer, I discovered the sheer awesomeness that is Bosch and decided to take a crack at the novels the show is based on.

Years ago a friend had recommended Michael Connelly’s Harry Bosch series for it’s LA noir sensibilities, and boy was she spot on. The Black Echo feels like the contemporary heir to The Big Sleep. Connelly is not as playful with the English language as Raymond Chandler was, but he’s just as evocative and haunting. Bosch has all the markings of the loose cannon trope, but he’s effective, persistent, and determined to do what’s right even if it’s wrong. He isn’t quite bad enough to be an antagonist, nor is he heroic enough to be the good guy. He’s a cop with a painful past trying to get by in a wicked town.

Now, of course there are plenty of uncomfortable moments. The Black Echo was written by a cishet white guy back in the 1990s. Connelly (and Bosch) wasn’t politically correct then, and it’s aged poorly since. He uses the harsh language of cops and is privileged enough as a cishet white guy to not have to think too hard about the impact of those words. But it’s clear that Bosch isn’t out to intentionally offend or cause harm.

Good thing the story is thrilling enough to overlook the contextual unpleasantness. When his former fellow Vietnam War tunnel rat, Billy Meadows, is found dead in an old drain pipe, Harry is sucked into an FBI investigation into a bank robbery. He works the case with Eleanor Wish, a beautiful but mysterious agent with dark secrets of her own. Bosch is a lone wolf, but more out of habit than choice. With his gruff investigative style and isolating personality (thanks to a shitty childhood and lingering effects from serving in a terrible war), he’s stacked up enemies right and left. Trusted by no one, Harry takes on a criminal enterprise, his own department, and the FBI all to find the truth.

The Black Echo was hard to put down. When I didn’t have time to indulge in several chapters, I read snippets here and there. This was no run-of-the-mill procedural but a taut thriller with something to say. Connelly is a detailed, diligent writer who crafted a suspenseful, maze-y yarn. If you like crime thrillers, you’ll like The Black Echo.

If there was a recurring theme of the photographs it was the smiling faces and the tunnels. In almost every shot, there were soldiers standing in defiant poses at the mouth of a hole they had probably just been in and conquered. To the outsider, the photos would appear strange, maybe fascinating. But to Bosch they were scary, like newspaper photos he had seen of people trapped in wrecked cars, waiting to be cut out by the firemen. The photos were of the smiling faces of young men who had dropped down into hell and come back to smile into the camera. Out of the blue and into the black is what they called going into a tunnel. Each one was a black echo. Nothing but death in there. But, still, they went.