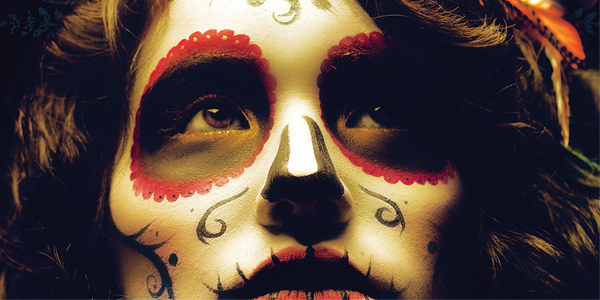 “Nothing says Happy Birthday like summoning the spirits of your dead relatives.

Alex is a bruja, the most powerful witch in a generation…and she hates magic. At her Deathday celebration, Alex performs a spell to rid herself of her power. But it backfires. Her whole family vanishes into thin air, leaving her alone with Nova, a brujo boy she can’t trust. A boy whose intentions are as dark as the strange marks on his skin.

The only way to get her family back is to travel with Nova to Los Lagos, a land in-between, as dark as Limbo and as strange as Wonderland…” (via Goodreads) 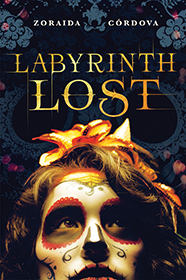 The teen girl who is the most powerful warrior in generations who resists her destiny is an old trope, but Zoraida Córdova breaths new life into it. She fills the story with Latinx legends and culture. Particularly delightful is how she drops in Spanish without much translation, which adds to the experience and reinforces that the narrative is centered on the brujas.

Alex is no Strong Female CharacterTM. She has very good reasons for not wanting to be an encantrix. For brujas (and brujos), magic has consequences, painful and sometimes dangerous ones. She rightfully fears her abilities, so it’s no surprise she decides to get rid of it. But when her spell goes awry and her family is sucked into the underworld, here called Los Lagos, it’s up to her to make things right. Alex’s journey is hard, but she’s determined to see it through. She created this mess and she has to fix it.

Once in the Los Lagos, Alex, a cute brujo named Nova, and Alex’s human BFF Rishi, encounter a wide variety of beasties and beings. Alex, who is bisexual, also gets caught in the middle of a fraught love triangle between Nova and a girl who will remain nameless because of spoilers. Córdova is great at world building. The way she describes the underworld and what resides there is enthralling and engaging. The plot races along, and while sometimes it can feel too brisk, it’s certainly never dull. Labyrinth Lost is packed full of action and twisty subplots, which makes it hard to put down. What goes on in Brooklyn with the Circle and other brujas/brujos is less developed, but it gets fully explored in the sequel, Bruja Born, coming out June 5, 2018. Suffice it to say, there’s enough to set the stage for Alex’s story and to entice the reader to want to keep going with the series.

If you like underworld stories, awesome magic, and complex characters, Labyrinth Lost is perfect for you. I devoured this novel in two days, it was that good. And Bruja Born definitely lives up to the high expectations.

For my review of the Brooklyn Brujas series (books 1-2), head over on Tor.com.

Then, the black smoke perked up and changed its target. It could smell me. I tried to backpedal, but the tiles were slick, and I slid toward the circle. My head smacked the tiles. Pain splintered my skull, and a broken scream lodged in my throat.

The music stopped. Heavy, tired breaths filled the silence of the pulsing red dark. The enchantment was broken. Aunt Rosaria’s reanimated corpse turned to me. Her body purged black smoke, lowering her back to the ground. Her ankles cracked where the bone was brittle, but still she took a step. Her dead eyes gaped at me. Her wrinkled mouth growled my name: Alejandra.

She took another step. Her ankle turned and broke at the joint, sending her flying forward. She landed on top of me. The rot of her skin filled my nose, and grave dirt fell into my eyes.

Thanks to Sourcebooks Fire for sending me a review copy.