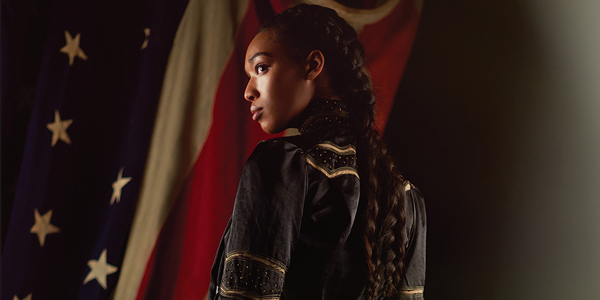 “Jane McKeene was born two days before the dead began to walk the battlefields of Gettysburg and Chancellorsville—derailing the War Between the States and changing America forever. In this new nation, safety for all depends on the work of a few, and laws like the Native and Negro Reeducation Act require certain children attend combat schools to learn to put down the dead. But there are also opportunities—and Jane is studying to become an Attendant, trained in both weaponry and etiquette to protect the well-to-do. It’s a chance for a better life for Negro girls like Jane. After all, not even being the daughter of a wealthy white Southern woman could save her from society’s expectations.

But that’s not a life Jane wants. Almost finished with her education at Miss Preston’s School of Combat in Baltimore, Jane is set on returning to her Kentucky home and doesn’t pay much mind to the politics of the eastern cities, with their talk of returning America to the glory of its days before the dead rose. But when families around Baltimore County begin to go missing, Jane is caught in the middle of a conspiracy, one that finds her in a desperate fight for her life against some powerful enemies. And the restless dead, it would seem, are the least of her problems.”  (via Goodreads) 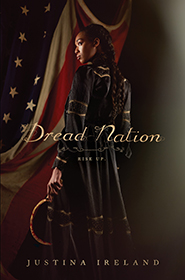 Boiling underneath Jane’s comment and Ireland’s subtext is the real history of the US. Life expectancy rates varied depending on type of work, geographic location, and personality of slaveholder, but could be as low as 22 years. Half of all infants born into slavery died before their first birthday. The average child mortality rate was 65%, but some plantations were as high as 90%. Nearly 40% of enslaved Africans born on a cotton plantation died before their fifteenth birthday—55% for those unlucky enough to be born on a rice plantation. Rice plantations were one of the worst places to be enslaved; toiling under the hot sun for endless hours in fields thick with mud and often flooded waist-high with disease and animal-infested water might kill dozens of enslaved Africans on a single plantation every season.

In Ireland’s story, the US would’ve been overrun years before had they not forced African American and Indigenous children to wage their shambler war for them. In the real world, this nation would literally not exist had it not been for slavery. Walk around a Southern city like Charleston and nearly ever brick more than 200 years old was made by enslaved African hands. If this nation was built on the backs of African Americans, African American women bore the heaviest load. So when Jane talks about needing to stay at Miss Preston’s, it’s not just a fear of becoming shambler bait that drives her. She knows as well as my ancestors did that enslavement exists on a spectrum. The knowledge of what it means to be a Black woman in white America permeates Jane’s determination and stokes the flames of fear…

To read the rest of my review of Dread Nation by Justina Ireland, head over to Tor.com.

A lump blocks my throat, and I swallow it down right hard. I ain’t going to cry, but it’s a near thing. Because failing out of Miss Preston’s means going to one of the other Negro combat schools, and none of them are half as good as Miss Preston’s. Not only that, but I probably won’t be there long before I’m sent to work a patrol. Only fancy schools like Miss Preston’s are longer than a year, and I’ve heard tell of schools that ain’t more than six months. Six months! That ain’t enough time to learn to kill the dead proper-like. Half the Negroes from those programs end up a shambler their first month on the job.

I have no interest in working as a show pony for some coddled white lady, but an Attendant Certificate from Miss Preston’s means I can go wherever I want. It means I can make my own way in the world. And even though I want nothing more than to go back to Rose Hill and the life I left, I need to have options if Rose Hill no longer exists. As much as I’d like to quit Miss Preston’s and make a dash for home, I’m a smart girl, and running across the country half-cocked is definitely not my style.

I need that diploma.

Thanks to Balzer + Bray for sending me a review copy.