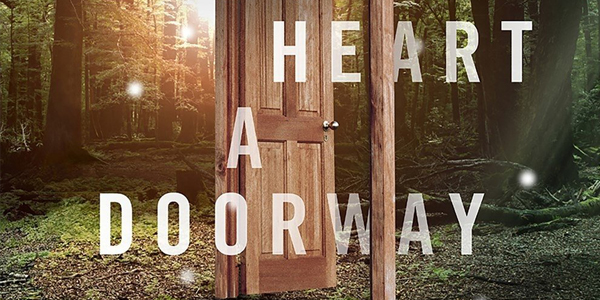 Children have always disappeared under the right conditions; slipping through the shadows under a bed or at the back of a wardrobe, tumbling down rabbit holes and into old wells, and emerging somewhere…else.

But magical lands have little need for used-up miracle children.

Nancy tumbled once, but now she’s back. The things she’s experienced… they change a person. The children under Miss West’s care understand all too well. And each of them is seeking a way back to their own fantasy world.

But Nancy’s arrival marks a change at the Home. There’s a darkness just around each corner, and when tragedy strikes, it’s up to Nancy and her new-found schoolmates to get to the heart of the matter.

No matter the cost.” (via Goodreads)

Nancy Whitman may be young, but she’s lived more than most of ever will. Not long ago (for us, but years for her) she found a door to the Halls of the Dead and eagerly stepped through. In our world she was alone and ostracized, always feeling out of sync with everyone else, but there amongst the living statues and the Lady of Shadows she was complete and accepted. But then one day she was cast out and reality came crashing down. Her family, unable or unwilling to cope with their changeling daughter, dumped her at Eleanor West’s Home for Wayward Children.

All Nancy wants is to be left alone to mourn the loss of her home, but the other denizens of the Home have different plans. Soon she’s embroiled in an escalating murder mystery, and when she’s accused she teams up with Jack, the mad scientist’s apprentice, Christopher, the boy with the magical bone flute, Kade, who doesn’t want to return to his portal world, and her roommate Sumi, nonsense incarnate.

We all know how amazing Seanan McGuire is at storytelling, so I won’t rehash all that praise. If you’ve never read anything by her before, be prepared to have your ass kicked by her talent. The Wayward Children series is also a great place to start your Seanan obsession. It hits every high note – deeper meaning embedded in a quirky, introspective story; painfully evocative description; a mystery with a twist you won’t expect; and genuine and heartfelt characters.

Speaking of characters, Nancy is everything. I’ve been reading fiction, particularly science fiction and fantasy, for a long time now, yet can count on one hand the number of stories I’ve encountered with an asexual and aromantic main character. There’s an increasing number of novels featuring a character who is asexual but romantic (as is Every Heart a Doorway), or aromantic but sexual. Rarely are the two combined, a frustrating state for someone like me who is ace/aro and really wants to see herself represented. Now, Nancy is ace and romantic, but thankfully her story isn’t about learning to navigate that within the context of a relationship like many if not most ace and aro stories tend to be. Nancy just is. She is comfortable with her identity, what it means to her, and how she expresses it to others. She knows her lines and boundaries, what she wants and doesn’t want. We need more representation like this where the focus isn’t on how we are different from allosexuals but how we are as asexuals and/or aromantics.

“I went to the Halls of the Dead.” Saying the words aloud was an almost painful relief. Nancy froze again, staring into space as if she could see her voice hanging there, shining garnet-dark and perfect in the air. Then she swallowed, still not chasing away the dryness, and said, “It was…I was looking for a bucket in the cellar of our house, and I found this door I’d never seen before. When I went through, I was in a grove of pomegranate trees. I thought I’d fallen and hit my head. I kept going because…because…”

Because the air had smelled so sweet, and the sky had been black velvet, spangled with points of diamond light that didn’t flicker at all, only burned constant and cold. Because the grass had been wet with dew, and the trees had been heavy with fruit. Because she had wanted to know what was at the end of the long path between the trees, and because she hadn’t wanted to turn back before she understood everything. Because for the first time in forever, she’d felt like she was going home, and that feeling had been enough to move her feet, slowly at first, and then faster, and faster, until she had been running through the clean night air, and nothing else had mattered, or would ever matter again—

“How long were you gone?”

The question was meaningless. Nancy shook her head. “Forever. Years…I was there for years. I didn’t want to come back. Ever.”

Check out my compendium of every portal world mentioned in the series through book 3 as well as my review of the first three books over at Tor.com.

Read an excerpt of Every Heart a Doorway by Seanan McGuire over at Tor.com.