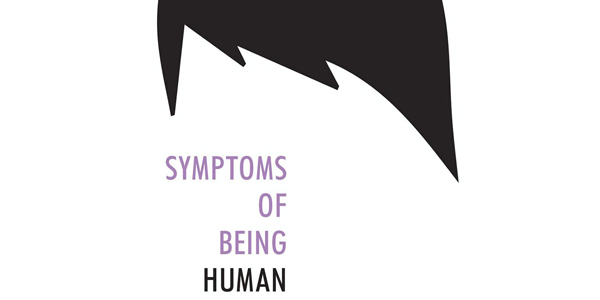 “Riley Cavanaugh is many things: Punk rock. Snarky. Rebellious. And gender fluid. Some days Riley identifies as a boy, and others as a girl. The thing is…Riley isn’t exactly out yet. And between starting a new school and having a congressman father running for reelection in uber-conservative Orange County, the pressure—media and otherwise—is building up in Riley’s so-called “normal” life.

On the advice of a therapist, Riley starts an anonymous blog to vent those pent-up feelings and tell the truth of what it’s REALLY like to be a gender fluid teenager. But just as Riley’s starting to settle in at school—even developing feelings for a mysterious outcast—the blog goes viral, and an unnamed commenter discovers Riley’s real identity, threatening exposure. Riley must make a choice: walk away from what the blog has created—a lifeline, new friends, a cause to believe in—or stand up, come out, and risk everything.” (via Goodreads) 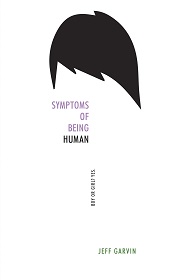 Whew. This book. I’ve been trying to formulate this review for two days now. The more I think about it the more annoyed I get, so let’s do this so I move on to better stories. While I usually steer clear of spoilers, in this case I can’t talk about the myriad issues without spoiling the plot. Author Jeff Garvin intentionally doesn’t use pronouns for Riley – a silly and unrealistic gimmick. In my experience, unless a gender non-conforming person requests specific pronouns like “xe” or “zhe,” “they” is a good default, so that’s what I’m using here.

One of the only things that worked well in the novel was Riley’s anxiety. They seem to have general social anxiety as well as the anxiety about being in the closet and their gender dysphoria. Those anxieties make sharing their feelings and talking about painful experiences nearly impossible. It’s completely understandable and is a situation I have had a lot of experience dealing with in a friend. It can be supremely frustrating, but I was sympathetic to that and did not let it bother me. And frankly if this had been a book about a cis queer teen dealing with anxiety, I’d probably be giving this two thumbs up. But it’s not so here we are.

Riley hates being misgendered but experiences it constantly because they dress androgynously and are not ready to come out. I’m not saying they are to blame for their misery, but it does bother me how aware they are about the world not being binary yet they perceive others within that narrow binary and repeatedly misgender people. Riley often says “he – no she,” which no, don’t do that. Ever. And don’t even get me started on Garvin naming one of his characters Mike/Michelle so they can use their name to educate cis people about trans identities. Uuuuuuuuuuuuuugh.

Worst of all, Garvin relies on sexual assault as a plot point. It is unclear if Riley is groped or raped – the actions of the nurse at the hospital suggest the latter – but either way it’s unexpected and unnecessary. White dudes: stop using sexual assault as a goddamn plot point! Knock it the fuck off.

Craft-wise, the story isn’t great either. What little plot there is is so unrealistic that it kept pulling me out of the story. In literally a matter of days after a single post on Bloglr (the book’s inanely named version of Tumblr), Riley becomes a viral sensation. That’s not how the internet works, folks. Over and over we’re told how fabulous a writer Riley is, but the posts they write are mediocre and sound in no way, shape, or form like a teenager. And there is absolutely no way the leader of a major organization would invite a random teenager, internet fame or no, to be on a panel of queer experts at an important conference.

Not helping matters was the author’s note. In it Garvin mentions that he was inspired to write Riley’s story after a female friend made a crass comment about how a transgender girl was “probably just a pervy boy trying to see some boobs.” Garvin waits for his other friends to call her out, but none do. Crucially, neither does Garvin, or if he did he fails to mention it. That incident made him want to write about a trans character, but the he “got to know Riley not as a ‘boy’ character or a ‘girl’ character or as a ‘transgender’ character, but as a human being,” so he switched and made Riley gender fluid. He claimed to have done substantial research, but if that involved talking to actual non-binary, genderqueer, or genderfluid people he didn’t say. Neither does he say if the book was sensitivity read. I’d bet good money it wasn’t. The whole thing is cringe worthy on so many levels that had I read it first I never would’ve read the novel.

What the author’s note makes clear is that this book was not written for gender non-conforming people. It was by and for cishet white people. Riley’s queerness is a vehicle to teach cishet white people empathy for trans people. Symptoms of Being Human reminded me why I generally steer clear of queer books written by cishet white people, particularly men.

If you are a non-binary/genderqueer/genderfluid person who found value in Symptoms of Being Human, that’s great! I’m happy for you, really I am. You have few options in YA for representation, and sometimes you have to take what you can get. Especially as a cis person, I have no desire to judge or wag my finger at you. However, that seems to be the minority experience for your fellow gender non-conforming associates. Looking at other reviews, it seems like cis people generally love this book while trans and gender non-conforming people do not. I agree wholeheartedly with them.

I’m only a few yard away from the big green gates now. All I have to do is make it past the group of girls, and then I’ll be on campus, where I can disappear into a crowd.

But as I draw closer, two of the girls look up and notice me. I glace away, but I feel their eyes on me, scrutinizing, categorizing. I’ve been through this before,and it shouldn’t get to me – but today, it does. My skin breaks out in goose bumps, and I wrap my arms around myself and walk faster.

“Oh my God,” one of the girls says, and my head involuntarily turns to look at her. She’s got long brunette hair and a small, perfect nose. “Holy shit, you guys.” She lowers her voice to a stage whisper, but I can still hear what she says:

A fit of giggles erupts from the group around her. My face goes hot. I walk faster, trying to escape the whispers.

“Yeah, but look what it’s wearing.”

It. She called me it.

Follow Punk-Ass Book Jockey on WordPress.com
A walk around the neighborhood.
The world's laziest rough housing session, supervised by me who is making sure Percy doesn't roll off the edge of the couch
P Djèlí Clark is back with the first full length novel in his Dead Djinn series, A MASTER OF DJINN. I didn't think anything could top RING SHOUT as my favorite Clark story, but here we are. 📲 review live at Tor.com.
Catching up with the last of the three 20th anniversary Decemberists shows. Finally gifted with "Shiny," one of my favorite of their songs.
My Tweets
Loading Comments...
Comment
×
%d bloggers like this: