Euthanauts: “Death is like outer space—a seemingly unknowable, terrifying blackness that yields beautiful discoveries and truths—if only you’ve got the right kind of rocketship. Thalia Rosewood has had a lifelong obsession with death, keeping her from living her life to the fullest. Mercy Wolfe has a brain tumor the size of a billiard ball, and a need for a new recruit before her next journey begins. Inigo Hanover is a reluctant tether to the world beyond, seeking to continue a cycle that exploration would halt. Go toward the light. Then go beyond.” (via Comixology)

The Wilds: “After a cataclysmic plague sweeps across America, survivors come together to form citystate-like communities for safety. Daisy Walker is a Runner for The Compound, a mix of post-apocalyptic postal service and black market salvaging operation. It is a Runner’s job to ferry items and people between settlements, and on occasion scavenge through the ruins of the old world. Daisy is the best there is at what she does. Out beyond the settlement walls are innumerable dangers: feral animals, crumbling structures, and Abominations — those that were touched by the plague and became something other. After a decade of surviving, Daisy isn’t phased by any of it — until her lover, another Runner named Heather, goes missing on a job. Desperate to find her, Daisy begins to see that there may be little difference between the world inside the walls and the horrors beyond.” (via Comixology) 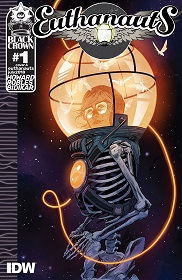 Like The Wilds, Euthanauts posits a world where diversity is everywhere and everything—much like the real world, in fact. Characters display different body shapes, skin colors, body modifications, genders, sexual identities, etc. It’s not often you get to have a fat main character who isn’t constantly shamed for her weight or ashamed of her body. And then there’s Talia. She’s delightfully irreverent and contrarian. Whatever circumstances Tini Howard thrusts her way, Talia takes the path least expected. 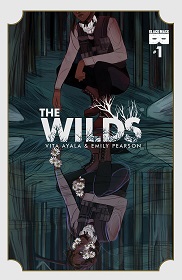 Vita Ayala is quickly becoming one of my new favorite comics writers. They have a refreshing and compelling perspective on storytelling. It takes a bit for the story to kick in, but once it does it’s full steam ahead. The art is mostly very good. Emily Pearson is great at conversations and scenes without a lot of movement, but her action sequences are weaker. And in a comic with lots of violence and fighting, the awkwardness stands out a little too much. That being said, the way Pearson draws zombie heads exploding with the impact of a high caliber bullet is grotesque and gorgeous. Instead of going for gore and shock value, Pearson opts for stark beauty.

head over to Tor.com.

Do the world a favor and buy these from an indie comic book store or borrow it from your local public library.