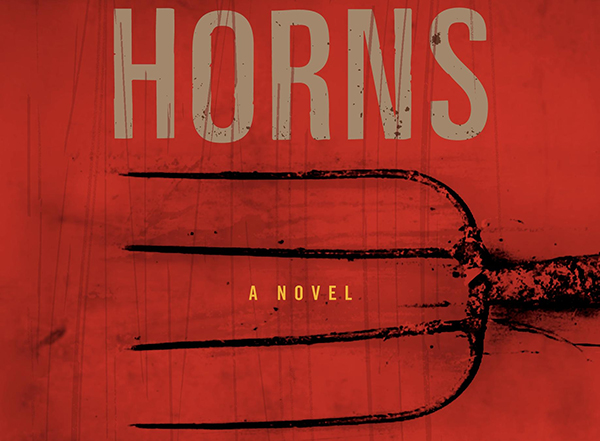 “Ignatius Perrish spent the night drunk and doing terrible things. He woke up the next morning with a thunderous hangover, a raging headache . . . and a pair of horns growing from his temples.

At first Ig thought the horns were a hallucination, the product of a mind damaged by rage and grief. He had spent the last year in a lonely, private purgatory, following the death of his beloved, Merrin Williams, who was raped and murdered under inexplicable circumstances. A mental breakdown would have been the most natural thing in the world. But there was nothing natural about the horns, which were all too real.

Once the righteous Ig had enjoyed the life of the blessed: born into privilege, the second son of a renowned musician and younger brother of a rising late-night TV star, he had security, wealth, and a place in his community. Ig had it all, and more—he had Merrin and a love founded on shared daydreams, mutual daring, and unlikely midsummer magic.

But Merrin’s death damned all that. The only suspect in the crime, Ig was never charged or tried. And he was never cleared. In the court of public opinion in Gideon, New Hampshire, Ig is and always will be guilty because his rich and connected parents pulled strings to make the investigation go away. Nothing Ig can do, nothing he can say, matters. Everyone, it seems, including God, has abandoned him. Everyone, that is, but the devil inside.” (via Goodreads) 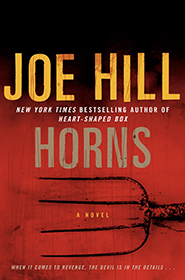 Horns pits God and Satan against each other through their earthly pawns, though it isn’t quite as direct as that. Neither deity make a literal appearance, but their influence stains Ig’s world like blood or bleach. It’s telling that the devil of the piece only inflicts cruelties on those who genuinely deserve them and steers others toward lesser evils while the angel “fixes” things by destroying everything and salting the earth behind him. Horns isn’t about good and evil as clear-cut, opposing forces, but the wickedness of sanctimony and the righteousness of sin. The Devil grants freedom and encourages giving into your desires, but never promises such indulgences are consequence-free. If you’re willing to sin, you must also be willing to accept what may come from it. At its most basic level, what the Devil offers is free will, while God accepts only strict obedience in exchange for a blessed reward. But which path is right and which is wrong? Are they both valid? Or are they both false? Does it matter? Should it? Why?…

For the rest of my review, head over to Tor.com.

Ignatius Martin Perrish spent the night drunk and doing terrible things. He woke the next morning with a headache, put his hands to his temples, and felt something unfamiliar, a pair of knobby pointed protuberances. He was so ill – wet-eyed and weak – he didn’t think anything of it at first, was too hungover for thinking or worry.

But when he was swaying above the toilet, he glanced at himself in the mirror over the sink and saw he had grown horns while he slept. He lurched in surprise, and for he second time in twelve hours he pissed on his feet.