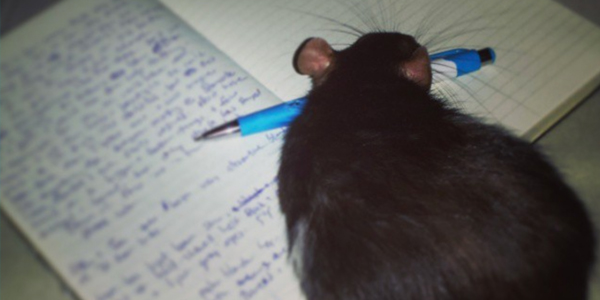 This month’s Reading Roundup offers a collection of some of the best articles I read, covering topics including depression, white feminism, and the utter collapse of our democratic processes. Plus a list of my own written work. Get those tabs ready!

Preview list: Magic, Superpowers, and the Undead in This Autumn’s Upcoming YA SFF

Book review: All the World’s a Stage: For a Muse of Fire by Heidi Heilig

Book review: The Secrets We Keep and the Lies We Tell: Anna-Marie McLemore’s Blanca & Roja

Book review: Haunted by the Past: Lila Bowen’s Treason of Hawks

Short Story review: “And Yet” by A.T. Greenblatt

Comics review: Pull List: Life Lessons in The Nameless City and The Girl Who Married a Skull

“The Cruelty Is the Point” by Adam Serwer for Atlantic: “Their names have mostly been lost to time. But these grinning men were someone’s brother, son, husband, father. They were human beings, people who took immense pleasure in the utter cruelty of torturing others to death—and were so proud of doing so that they posed for photographs with their handiwork, jostling to ensure they caught the eye of the lens, so that the world would know they’d been there. Their cruelty made them feel good, it made them feel proud, it made them feel happy. And it made them feel closer to one another.”

“The Supreme Court Is Headed Back to the 19th Century” by Adam Serwer for Atlantic: “The justices did not resurrect Dred Scott v. Sandford’s antebellum declaration that a black man had no rights that a white man was bound to respect. Rather, they carefully framed their arguments in terms of limited government and individual liberty, writing opinion after opinion that allowed the white South to create an oppressive society in which black Americans had almost no rights at all. Their commitment to freedom in the abstract, and only in the abstract, allowed a brutal despotism to take root in Southern soil.”

“How I Discovered My Depression—and Began to Confront It” by David M. Perry for Pacific Standard: “I was diagnosed with depression and anxiety on the day that Anthony Bourdain died. The timing was mostly coincidental. After over six months of wrestling with my mental health, I had reluctantly made an appointment with a doctor, where I expected to do what I always did: talk about short-term issues but repress the long-term concerns. I’ve had many episodes like this, episodes I either drowned in alcohol or addressed through brief periods of therapy.”

“When Feminism Is White Supremacy in Heels” by Rachel Elizabeth Cargle for Harper’s Bazaar: “The fragility of these women was not a surprise to me. In a crucial moment of showing up for our marginalized community, there was more concern about their feelings and ego as opposed to the fight forward for women as a whole. What could have been a much-needed and integral display of solidarity and true intersectionality quickly became a live play-by-play of the toxicity that white-centered feminism can bring to the table of activism.”

“The Color of Economic Anxiety” by Malaika Jabali for Current Affairs: “So why didn’t black voters turn out for Clinton? Even accounting for the thousands of potential voters who were likely harmed by Wisconsin’s incessant suppression tactics, studies show that voter suppression was among the least important factors affecting black turnout in Wisconsin.

In search of some answers, I trekked to Milwaukee last fall to talk to some of the city’s black residents about why they stayed home.”

“Georgia’s Separate and Unequal Special-Education System” by Rachel Aviv for New Yorker: “Seth, who at twenty-one months had been given a diagnosis of pervasive developmental disorder—a loosely defined diagnosis often given to toddlers when their condition is not understood—was assigned to the Ash Street Center, one of a hundred and seventy-nine sites in the GNETS network. The school is surrounded by a gated fence. Latoya said that the next-youngest student in Seth’s class was nine. The year before, a teaching assistant at Ash Street had been arrested after knocking a fourteen-year-old boy to the floor, choking him, and shouting, “I will kill that little motherfucker!””

“Unprotected” by Finlay Young for ProPublica: “The charity would raise over $8 million. Meyler would enter a rarefied world of globe-trotting problem-solvers. She would rub shoulders with Warren Buffett, Bill Gates and Oprah Winfrey, and even get invited to the Obama White House. MTM’s footprint in Liberia would multiply to 19 schools teaching 4,000 students.

Yet some of the girls present that September day had a secret. Far from being saved from sexual exploitation, they were being raped by the man standing beside Meyler on the stage.”