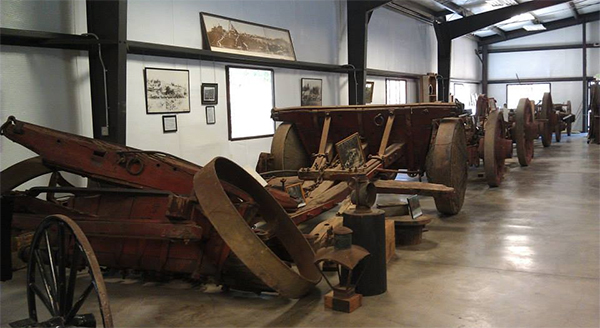 A few years ago I used to do mini road trips on the weekends, mostly up into Northern California’s Gold Country. I decided to pull all the photos and historical information together and write more about the many historic sites I visited. Why? Because I’m a history nerd, that’s why.

John Sutter was a German Swiss immigrant who established a fort in what he called New Helvetia (Latin for Switzerland) in 1839. Sutter enslaved at least 800 Indigenous people if not more, mostly Maidu and Me-Wuk but also from neighboring tribes and Native Hawaiians. He had a nasty habit of kidnapping and enslaving Indigenous children, and was known for using starvation tactics to force compliance. His fort, located near present-day Sacramento and constructed by enslaved Native people, later became a temporary prison for General Mariano Vallejo, Colonel Salvador Vallejo, and some of their associates during the Bear Flag Revolt of June 1846.

After his employee James W. Marshall discovered gold on Sutter’s property near present-day Coloma, Sutter forced about 100 Indigenous and 50 Native Hawaiians to pan for gold first at a camp he established camp about 10 miles above Mormon Island and then at what would later become known as Sutter Creek. Soon he lost many of his laborers to “traveling grog-shops” and his money to scheming partners and shady miners. He abandoned the camp but it eventually became a mining boomtown. The mines shut down in 1951.

There is some conflicting information about this site. A Native Sons of the Golden West plaque states that it was “Constructed by Italian stone mason in 1857. Served pioneer settlers and miners as post office and general store later later known as Ginocchio’s.” However, the California State Office of Historic Preservation says, “As early as 1854 Xavier Benoist was conducting a store and bakery in this building. Later Ginocchio had a merchandise business here.” Whatever the store’s origins, it is the only remaining structure of the once-thriving mining town of Butte City. It was operated for about 50 years by the Gnocchio family; it closed in the early 1900s. A small cemetery is on the hill above the store.

Henry Angell arrived in California in 1847 and established a store in a canvas tent. The camp that grew up around him took his name, minus the extra “L.” In 1849 Angell sold his store to J.C. Scribner and returned to his home state of Rhode Island. After the placer mines petered out in a few years the camp nearly disappeared, but the discovery of gold-bearing veins of quartz reinvigorating the mining industry.

This is the second reservoir in this area. The first was formed in 1926 by damming the Stanislaus River. The second was built by the US Army Corps of Engineers in 1980.