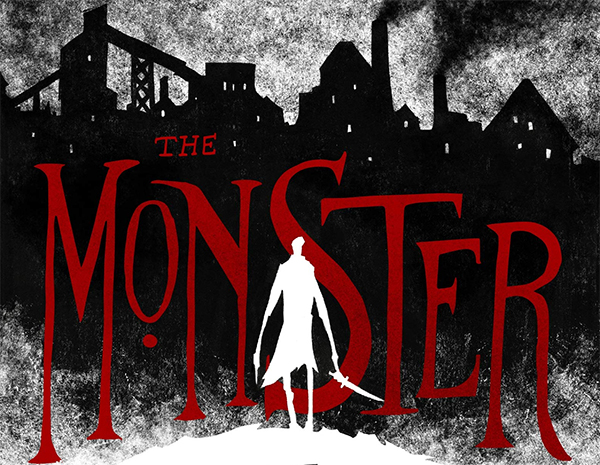 “The city of Elendhaven sulks on the edge of the ocean. Wracked by plague, abandoned by the South, stripped of industry and left to die. But not everything dies so easily. A thing without a name stalks the city, a thing shaped like a man, with a dark heart and long pale fingers yearning to wrap around throats. A monster who cannot die. His frail master sends him out on errands, twisting him with magic, crafting a plan too cruel to name, while the monster’s heart grows fonder and colder and more cunning.

These monsters of Elendhaven will have their revenge on everyone who wronged the city, even if they have to burn the world to do it.” 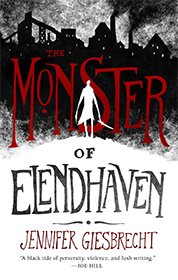 In a world of wickedness and cruelty, a monster is born. Elendhaven itself was birthed from violence when long-ago magicians split the earth open and poisoned the sea. A city of industry sprang up around the devastation, only to be gradually consumed by it. When the monster is born (or, more accurately, becomes aware of its existence) Elendhaven is dying, fitfully and painfully. There is plenty of room for men who behave like monsters and small boys with a taste for blood. The monster names himself Johann. As he grows, Johann learns about power, how to take it from someone, how to prevent someone else from taking it from you. He learns how to kill and learns he enjoys the act of killing. He was a “Thing with power,” and Things with power survived…

2 thoughts on “Review: “The Monster of Elendhaven” by Jennifer Giesbrecht”

Follow Punk-Ass Book Jockey on WordPress.com
Today is Percy's 2nd birthday as well as the 1 week anniversary of losing his brother, Tavish. A bittersweet day, all around.
Said goodbye to Tavish over the weekend. He had developed a sudden and rare condition that was both extremely painful and ultimately fatal. He was a few weeks past his 2nd birthday. Tavish was one of the smartest rats I've ever had. He learned quickly and could extrapolate that knowledge into something new, which he would then use to train me to do what he wanted. Truly astonishing.
Got some bad Tavish related news so I'm gonna disappear for a few days. Gotta spend as much time as possible with him while I still can.
Timeline cleanse.
My Tweets
Loading Comments...
%d bloggers like this: